The Imperial Cities of Morocco

Moroccan food and drinks – the culinary arts of Morocco

When one thinks of Morocco, one could be forgiven for immediate thinking of Casablanca or Marrakech. Of course, these are famous cities, and one of them is even imperial, but how much do you know about the other three magnificent Imperial cities of Morocco?

Fez, Meknes, Rabat and Marrakech have all at one stage been the country’s capital, and the seat of the monarchy. Each of these mighty cities has played a massive part in the history of Morocco, and continue to affect travellers and Moroccans alike. Every one of these cities has a long and interesting history, beginning with Fez, which is the oldest.

Marrakech came next after the fall of the royal dynasty that resided in Fez. In the 12th century yet another dynasty gained control and built the city of Rabat. Finally. Meknes was built by the infamous Sultan Moulay Ismael but lost out as capital to Rabat again in 1912. Since then Rabat has remained as Morocco’s capital and seat of power, but the other proud ancient cities are by no means obsolete.

The imperial cities are today a combination of ancient Moroccan architecture, and newer influences, who still manage to blend in with the rather heavy expectations of their older counterparts. Either way, whether you are looking at modern creations or magnificent monoliths, you cannot but be excited by the history, romance and adventure of the imperial cities of Morocco.

We begin in the ancient city of Fez. Built around the 8th or 9th centuries, Fez was begun on a crossroad between major cities of the time. Today it is a proud sprawling suburban area of about 1.22 million people. The city itself is actually three cities, grown together over the last thousand years. Fez boasts the oldest medina in the country, nestled inside the same massive walls that have protected it since the middle ages. The worlds oldest university can be found within the medina. Established by Fatima el-Fahri in 856, the University of al-Qarawiyyin is still today one of the leading spiritual educational centres in the Islamic world. This is a great example of the casual history of Morocco that just takes my breath away.

The oldest university in the world still operates, still retains some of its original buildings, and simply carries on doing what it has been doing so well for a thousand years. How many other countries in the world can claim that?

Fez is famous for many things. Of course, the medina and madrasas are some of the greatest, but one can also see time-honoured forms of Moroccan arts being created in the same way that they have been for centuries. Tireless artisans make leather at tanneries that have been in the same place for generations.

The tomb of Moulay Idriss II, who was a grandson of the great Prophet Mohammed himself, lies in the heart of Fez el-Bali. Other tombs, or zawiya, dot the city from the old town to the new. Cemeteries containing Muslim saints can be found just outside the cities massive gates, some boasting graves that date back to the 13th century.

The most recognizable thing about Fez is its aesthetics. Even the newer buildings look much like the ones that have stood there for centuries. Arched doorways, mud brick and ochre colouring abound, offset by the glittering mosaics and metalwork in the holy buildings and gates or babs.

Thick walls and kasbahs or forts look down imposingly on the people as if reminding them of their long and arduous history. I can’t help but feel small and rather awed whenever I simply stand in the streets of Fez and think about the probably millions of souls that have passed through its gates.

Unique Fez Experiences You Have To Try: The souks and markets of the medina in Fez are legendary. Smells and sites awaken feelings in you that are totally unique. Experience your stomach growl in anticipation as the scent of freshly baked bread wafts in the wind, tinged with the tang of turmeric and ginger. As you explore, be sure to taste the street foods and buy some of the fresh wares that the vendors have to offer. Boasting the oldest university in the world, Fez is well known for its madrasas. Walk the hallowed halls that have been responsible for the education of thousands of people. Bow your head over ancient books in a reading room that has been visited by scholars since almost the time of Christ. There is no way to better get to know a country than to get to know its people. Visit a real home, and share a meal with some of Fez’s real inhabitants. Experiencing local cuisine, cooked in the traditional way that has been passed down through generations is always such a blessing for me. Marrakech is one of the most famous cities in Morocco, and for good reason. The markets of Marrakech are known worldwide for their amazing goods and superb foods. It is the top destination for many people who travel to Morocco, and the most well known of the imperial cities. In Marrakech, they say that there is something for every taste. Whether it is history and tradition, great foods and arts, or even a thriving nightlife, Marrakech truly is a feast for the senses.

Famous for so many more things than I can even begin to note here, Marrakech offers markets, gardens, outstanding food, and of course the Atlas mountains. The Majorelle Gardens, once owned by Yves St Lauren can be visited and explored by horse-drawn carriage.

The markets of Marrakech hide bustling souks, and even relaxing hammams that have been offering their services to weary travellers for centuries. Marrakech is a madhouse of activity, with tiny oases of calm throughout the city. As exotic places go, one cannot get much better than Marrakech. Ancient building jostle shoulders with brightly lit newer ones, combining history into an inseparable flow that overwhelms the senses. It really is a place that has to be seen to be believed.

Unique Marrakech Experiences You Have To Try: You absolutely have to visit the gardens, built by a French artist and bought by Yves St Lauren. World-famous not just for its incredible collection of art, but also its unique plant species, these gardens have become one of Marrakech’s biggest drawcards in modern times. A particular colour of blue paint, patented in the gardens by the french painter, assaults the eyes with its vibrancy over many of the buildings. This is offset by the greenery that hides sculpture and small buildings around each corner as if they are playing hide-and-go-seek with you. The square in Marrakesh dates back over a thousand years and was originally a place for public gatherings, festivals, audiences with the sovereign and sometimes executions. Today the square is used during the day for orange juice stalls and animal entertainers. It’s at night though, that it comes alive. Traditional storytellers, dancers, and magicians appear between food stalls selling delicious traditional treats, and one can get lost in the pure magic of the lights, smells, sounds and experiences. The souk of Marrakech borders the square and offers up amazing delights at every turn. From food tasting to artisans creating magic from metal, pottery and stone, you are bound to find something to take your breath away. 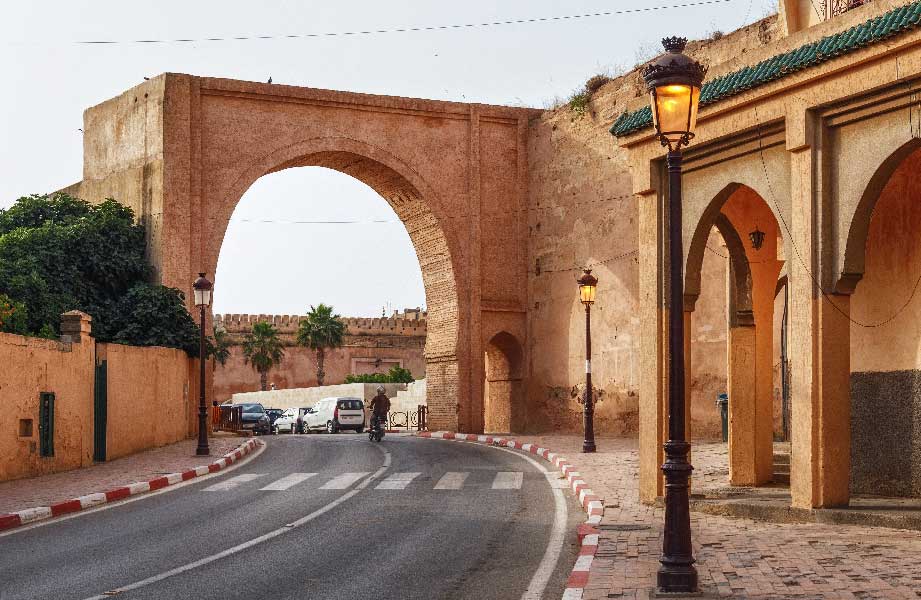 Meknes is much more relaxed than both Marrakech and Fez and offers imperial gates, 400-year-old stables, and a mosque fit for a king. Meknes was founded by the Moulay Ismael. He built and ruled from this city almost 500 years ago, and his mark is still everywhere you look.

Great walls and gates still stand and protect the city from would-be invaders. The sultan’s stables, granary and pieces of his palace still stand amongst the dust and history. His mausoleum is one of the few Islamic holy places that non-Muslims are allowed to enter, and still dazzles me with its colour and intricacy.

Famous mostly for its infamous sultan, Meknes is also well known for its amazing monumental gates, which we will visit on our Arts Tour. The ruins of Volubilis crouch nearby, dating back to a time when the area was ruled by ancient Rome.

Overall, one remembers the imposing monumental gates of the city, bright with mosaic and carvings over their massive stone faces. The rest of the city seems to follow suit, with its famous historical landmarks echoing the design and architecture set out by its famous founder.

Unique Meknes Experiences You Have To Try No trip to Meknes is complete without standing in the shadow of these monoliths. Although the huge wooden doors are usually closed, smaller side doors allow foot traffic. For me, the sheer size and audacity of the founder of Meknes is reflected in these gates. His power echoes down through the ages, and still seems to be able to touch my soul today. Another landmark built by Moulay Ismael, his stables were said to be able to house 20 000 royal horses, each one with its own slave and groom. Channels through the centre of the stables provided eternal fresh water and sanitation, better than many humans living in the city at the time had. Today the great stone arches are empty and silent, but if you listen closely you may just hear a whicker or a whinney.

Built when the city began, the massive green minaret of the Mosque towers above the nearby buildings. The mosque is said to anchor the old towns and new towns, standing at the heart of Meknes. Within you will find the final resting place of the great man by whose hand this imperial city was built. Although Rabat is currently the seat of power in Morocco, it is much less known than its other three imperial sister cities. Rabat is a city where modern and ancient blend seamlessly. This is most visible at the Hassan Tower. The Tower itself is ancient, built as a part of a unfinished mosque in the 12 century. The stumps of the mosque’s pillars reach out from the ground like broken teeth in front of the still-standing minaret. At the other end of the site, one can find the Mausoleum of Mohammed V, built in 1971.

Known by its official title of “Rabat, Modern Capital and Historic City: a Shared Heritage” Rabat is a perfect example of how an ancient city can be transformed into a modern-day marvel. As it is the current administrative capital and a World Heritage Site, I often struggle to see where history ends and modern-day begins.

Unique Rabat Experiences You Have To Try

1. Visit the Tower and Mausoleum 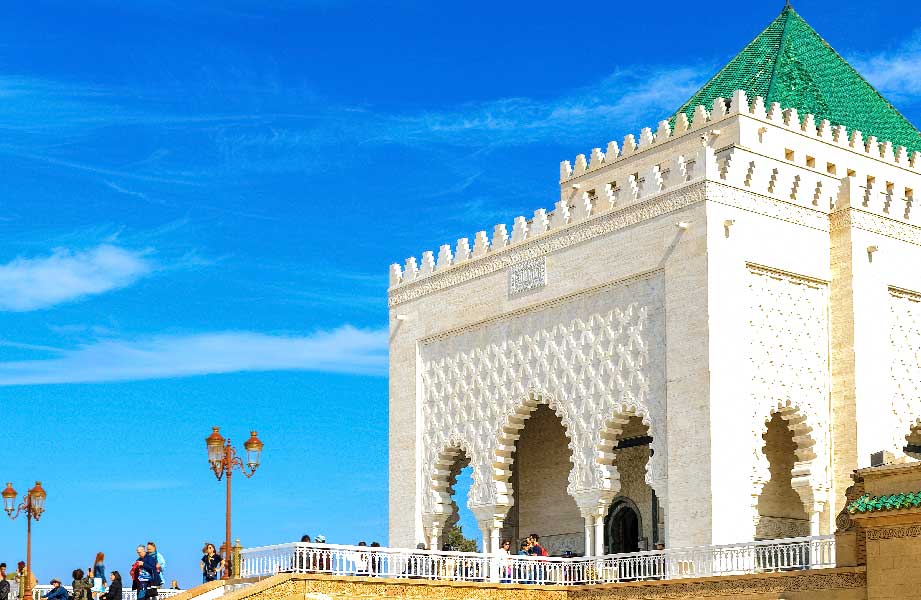 The Hassan Tower and the Mausoleum of Mohammed V are some of the best examples of modern-day and ancient history co-existing anywhere in the world. The ancient minaret and modern building beautifully reflect each other’s architecture, blending themselves together as one representation of Morocco. Chellah, a fortified necropolis, dates back to the time of the ancient Phoenicians. Today it is a site that offers a cross-section of Morocco’s fascinating history, Roman, Phonecians, Berber and Islamic conquerors have all used the site as a burial place, as well as a holy location. Of course, what would a stop to an imperial city be without visiting a palace? The royal palace of Rabat is currently occupied by the King of Morocco.

Morocco has so much to offer. The four imperial cities are simply some of the highlights, but an absolute must-see if you are pressed for time. The pure history and power represented by these amazing places touch your soul in a way that you will never forget. Let me be your guide on a royal Moroccan tour, showing you how the great rulers of the land have lived and ruled for over a thousand year 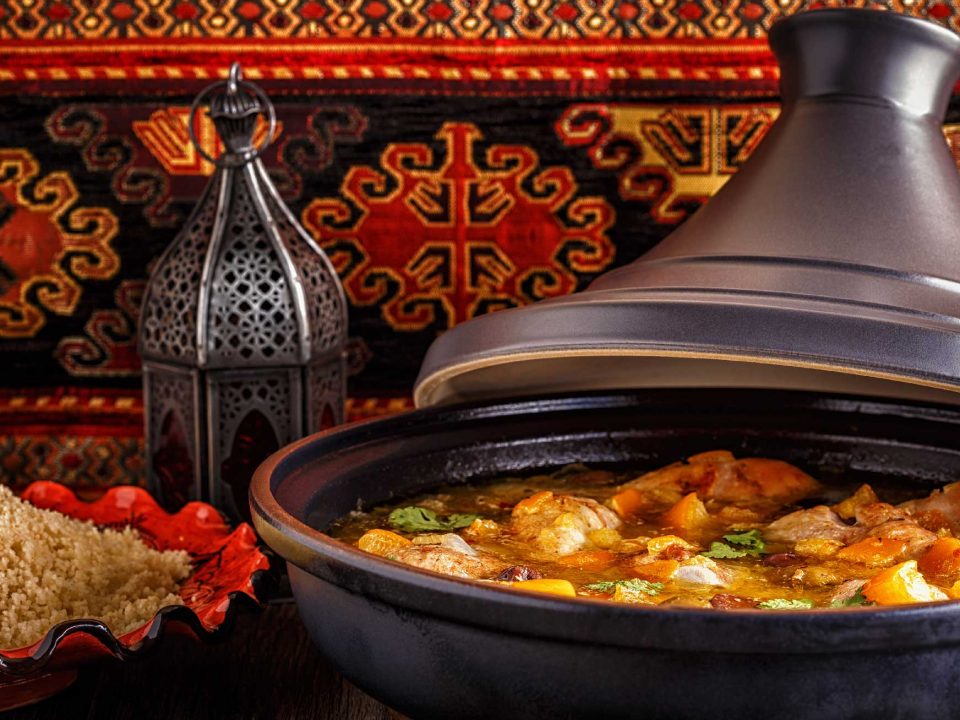 Moroccan food and drinks – the culinary arts of Morocco 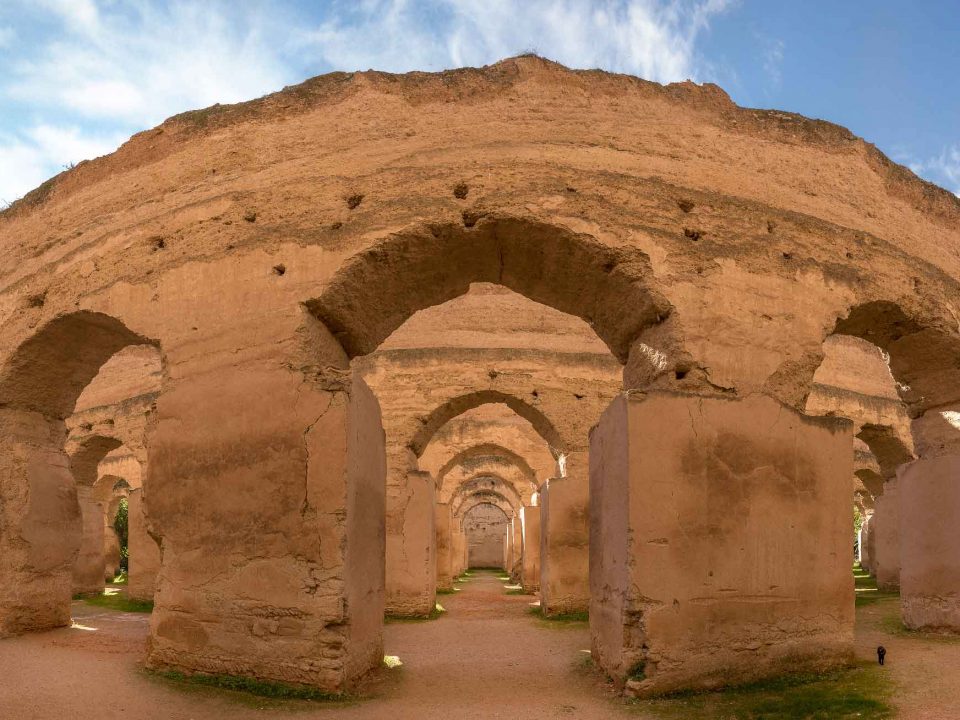 Moving to Morocco: The Ultimate Guide